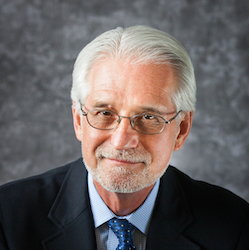 Ted Howard is the Co-founder and President of The Democracy Collaborative, an action-oriented progressive think tank established 20 years ago in the United States. He has been named one of “25 visionaries who are changing your world” by the Utne Reader and identified by the Guardian newspaper as “the de facto spokesperson for community wealth building” internationally. A particular focus of his work is how “anchor institutions” – including health systems, universities, cultural and arts centers, and others – can leverage their supply chains, hiring practices and investment policies to benefit local communities.

He previously served as the Executive Director of the National Center for Economic Alternatives and the Steven Minter Senior Fellow for Social Justice at The Cleveland Foundation where he led a team that developed the comprehensive job creation and wealth building strategy that resulted in the Evergreen Cooperative Initiative. The Evergreen Cooperatives, in turn, were an important inspiration for the community wealth building strategy now underway in Preston, Lancashire (widely reported as “The Preston Model”) and other cities in the United Kingdom.

Mr. Howard lectures frequently about community wealth building, including at major conferences such as the Clinton Global Initiative-America, the New Economics Conference of the UK Labour Party, the Salzburg Global Seminar, the National Community Reinvestment Coalition, the German Marshall Fund Brussels Forum, and the Co-operatives United World Conference (Manchester, England), as well as at numerous universities including the University of Pennsylvania, University of California Berkeley, MIT, Michigan State, Georgetown, University of Toronto, University of Central Lancashire, and Yale.

He is co-author of “The Making of a Democratic Economy: Building Prosperity for the Many, Not Just the Few.” (2018, Berrett-Koehler).

We are in a pivotal moment for addressing sustainability. How we can leverage procurement spend to address the deficiencies in our social and economic system that have been laid bare by the coronavirus crisis?  Today’s mainstage will feature two keynote speakers  — anchor purchasing advocate Ted Howard of the Democracy Collaborative and supplier diversity pioneer … read more >>